When autocomplete results are available use up and down arrows to review and enter to select.
Weeds

Pigweed Identification
Pigweeds are some of the most common summer annual broadleaf weeds in the low deserts. Although they are often lumped together, there are 4 different species of pigweed that are common here and more than 10 species that occur as weeds in California and Arizona. Their growth habits and response to herbicides are similar. It is easy to identify them by physical characteristics but one species of pigweed can hybridize with another and become less distinguishable.

Palmer Amaranth (Amaranthus palmeri) is probably the most common pigweed species found in this region. It is very aggressive and fast growing and can become 6 feet tall or higher if uncontrolled. It has one thick stem and several lateral branches. The leaves are lance shaped, hairless and have distinctive white veins on the underside. It has flowering tassels that become stiff and spiny. This species has become resistant to Glyphosate in many parts of the county.

Redroot Pigweed (Amaranthus retroflexus) is probably the second most common pigweed species. It is shorter and the seed heads are smaller, in clusters and have stiff spine-like scales. It has leaf hairs on the margins and the veins are often reddish. The lower stems are often reddish. This species will hybridize with Palmer Amaranth and become less distinguishable.

Tumble Pigweed (Amaranthus albus) is very different from Palmers or Redroot. It grows lower to the ground and has many branches that turn upright. The leaves are much smaller and narrower. The numerous stems are light green rather than red. The seed heads are small, spiny and at the base of the leaves rather than in long terminal spikes. When mature, the branches are sticky, stiff bristles that break off at the ground and tumble with the wind.

Prostrate Pigweed (Amaranthus blitoides) is very similar to Tumble Pigweed but the stems are more prostrate, grow close to the ground and form mats. The stems and leaves are smaller and reddish rather than light green. 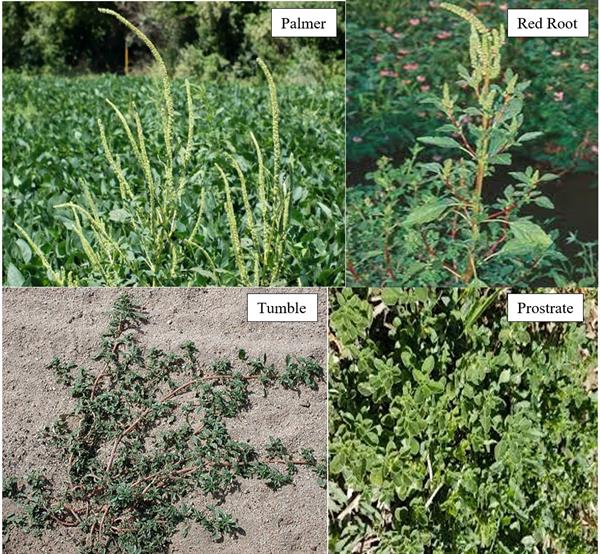 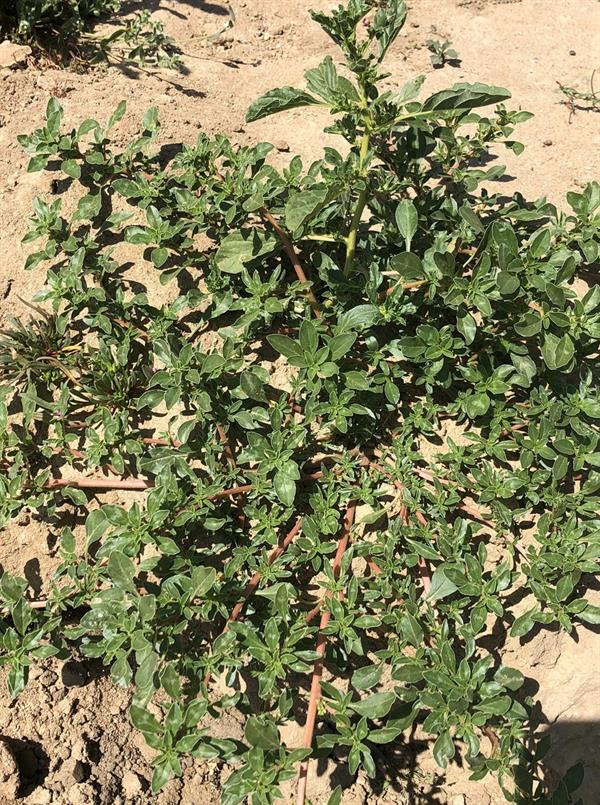 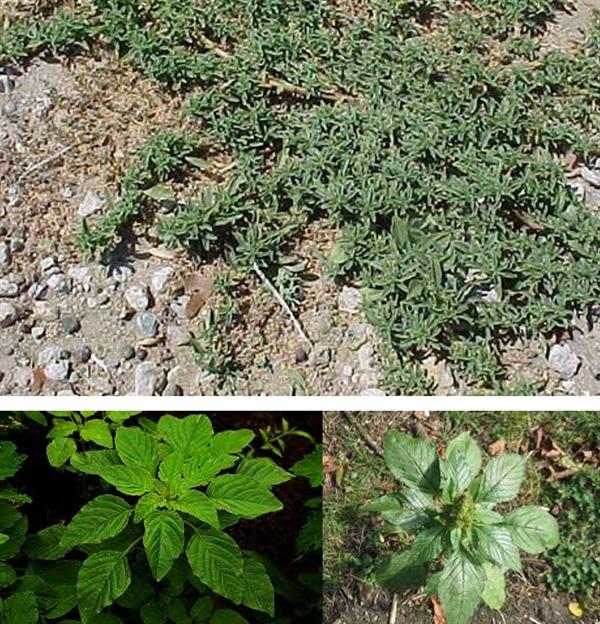